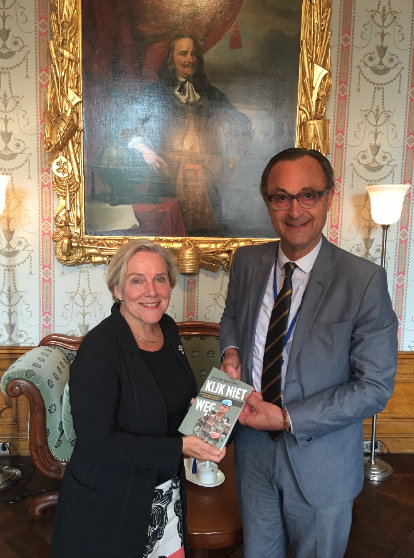 On Tuesday January 28th, retired Dutch General Patrick Cammaert will explain why leaders look away   during crisis circumstances and don’t take action to implement the mandate of the UN Security Council to protect civilians and what the consequences are of that non-action.

He provides examples, where on several occasions, the military and civilian leadership failed to lead during moments, where in particular the civilian population the protection of the United Nations needed.
He will also elaborate on the book; “Kijk niet Weg” written by Esther Bootsma about his work and discusses several moments in Cammaert’s career, where leadership played a crucial role.

About the speaker
Patrick Cammaert joined the Dutch Marine Corps in 1968 and had several command functions in the Marine Corps and in the United Nations. Commanded as battle group commander troops in Cambodia in 1992/93 and as Force Commander in Ethiopa/Eritrea in 2000. Military Advisor of Secretary General Kofi Annan at UN HQ in New York from 2003-2005. Division Commander at the UN mission in Eastern DRCongo from 2005-2007.
In 2007 he retired from active service but became involved in activities for UNWOMEN to fight conflict related sexual violence. In 2016 he was Head of independent special investigations of extreme violence in Gaza and sexual violence in South Sudan.
His last function was in 2018/19, when he served as Head of the UN Mission in Hodeidah Yemen.

During drinks you will have the opportunity to purchase the Dutch book “Kijk niet Weg”. Price $20.

Please make sure to bring your ID.